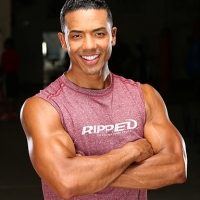 Terry Shorter created R.I.P.P.E.D. -The One Stop Body Shock® in 2008. Since then the R.I.P.P.E.D. program has amassed over 13,000 global instructors teaching at over 1,000 gyms nationwide. Terry’s success with R.I.P.P.E.D. was fueled by his passion for the program and the overwhelmingly positive response from the workout community.

R.I.P.P.E.D. -The One Stop Body Shock® is a family affair, Terry’s wife Tina Shorter, actively co-creates the upcoming R.I.P.P.E.D. seasons with Terry and is an elite class instructor. Also, the custom tracks that fuel the R.I.P.P.E.D. workouts are created by Terry, but feature Tina, Timmy (Terry’s brother), and their daughter Tawnie.