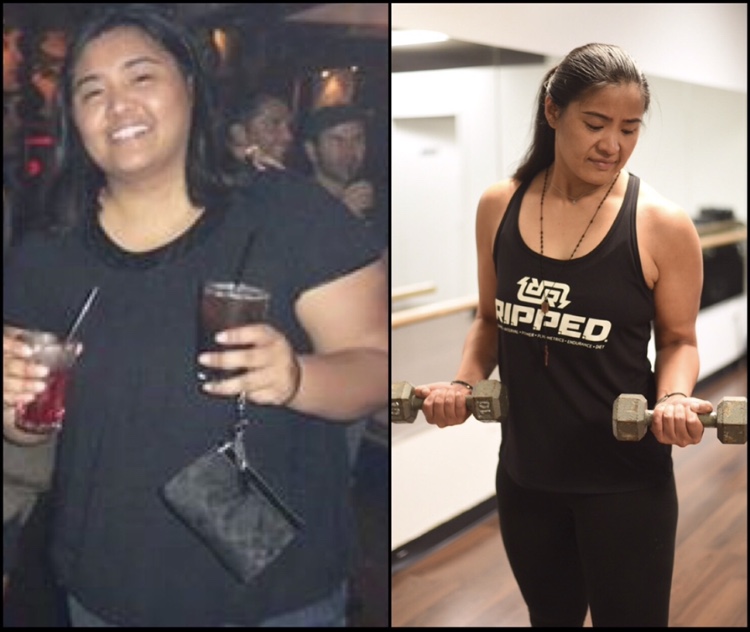 #RIPPEDFamily, our 10th Anniversary celebration continues! In honor of a DECADE of R.I.P.P.E.D. (queue the trumpets), we wanted to showcase the hard work and passion of a major inspiration in our family. R.I.P.P.E.D. Instructor Angel De La Cruz was one of the first people who came to mind. Angel joined R.I.P.P.E.D. in October 2015 and made the decision to start teaching a few months later in June 2016. Since then Angel has lost over 120 pounds, entered AND won multiple fitness contests, and she has been gracious enough to share her journey.

Here’s what happened after Angel replaced her drinks with weights:

What or who got you to your first R.I.P.P.E.D. class and when did you join the family?

My fitness journey began in 2015. I just got over a major car accident in 2014 and wasn’t too happy about myself. A friend of mine invited me to workout with her and I started seeing results. Not just physical, but there was a mental and emotional change as well. I started wanting to do more as far as fitness. It was probably about October 2015 when I tried my first R.I.P.P.E.D. class. I remember sitting with some friends thinking, “maybe I’ll just skip class.”  But then I remembered that I promised the instructor (Ann) that I would go. I got to the class and it was way different than I was used to.

How has R.I.P.P.E.D. impacted your life? What changes do you see?

R.I.P.P.E.D. has given me an outlet to meet people, not just as an instructor, but also as a participant. We’re a family with one goal, (to better ourselves) and by doing that, we better each other.

What gets you most excited about R.I.P.P.E.D.?

What I love most is that R.I.P.P.E.D. is a format that’s fun for me. Even during sections where I’m offbeat, I can still look and feel pretty cool.

I didn’t think I’d be doing all the things I’ve done in the last few years: working out, take a class, teach a class and get on stage in a bedazzled bikini. Never would I have imagined that. EVER. 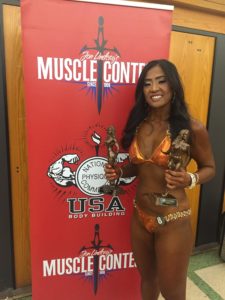 What has your experience been like with the #RIPPEDFamily?

It has been nothing but positive. From the first group of people I worked out with to the folks I got certified with and then the folks I was in the (Season 33) video with. Community is important and that’s what I’ve experienced with the R.I.P.P.E.D. family—a strong sense of community. My super strict friend/instructor Guia who insists I practice alllll the time (which I do, sometimes) is an example of how people in the community encourage each other to be the best version of themselves.

You lost over 120 pounds and participated in a bikini contest! That’s Incredible! How did that feel? What was that experience like?

Yes! I’ve lost over 120lb in the last 3-4 years. I’ve been able to find a happy medium and balance in my fit life. The bikini contest was a crazy experience. The level of discipline throughout prep is unmatched compared to the other things I’ve done. I didn’t think I’d be doing all the things I’ve done in the last few years: working out, take a class, teach a class and get on stage in a bedazzled bikini. Never would I have imagined that. EVER.

I went off of the momentum and support of our community.  I’m very, very blessed to have a lot of people who believe in me and encourage me. I live very openly so people know I’ve made mistakes but they still have my back. One of the greatest feelings was to bring home the trophies and tell the community that’s supported me these last years “Look what I brought US!”

How did it feel being featured in Season 33? 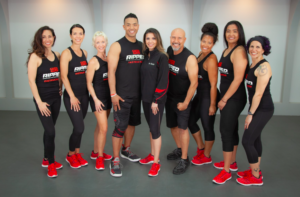 Being featured in Season 33 was unreal. There are other instructors in my life who are just as deserving if not more. What’s exciting is that it ties well with the 10-year anniversary and it’s also a season that features local instructors. It’s like giving us a chance to represent for the home team.

When you love yourself enough to love the journey, everything else falls into place.

We are celebrating R.I.P.P.E.D.’s 10th anniversary on July 7th! How does that feel for you?

Celebrating the 10-year anniversary is exciting. I know people who have been apart of the R.I.P.P.E.D. family since the earlier seasons. That’s 10 years of giving back and 10 years of providing the community with a way to start/re-start their fitness journeys.

Do you have any inspiration for people who have a desire to live a healthier lifestyle but think it’s too hard?

The #RIPPEDFamily has revealed their favorite season over the past 10 years! Find out what it is. 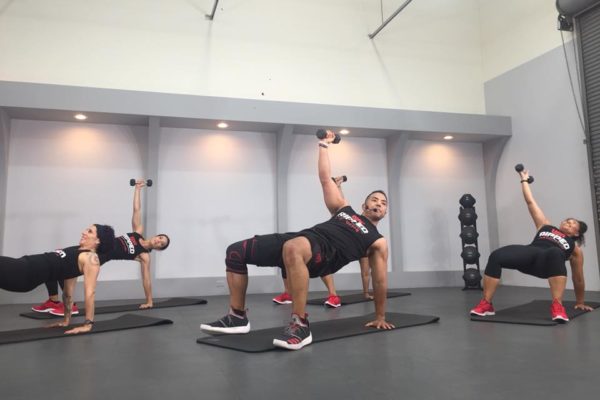 The #RIPPEDFamily Reveals Their Favorite Season of All Time 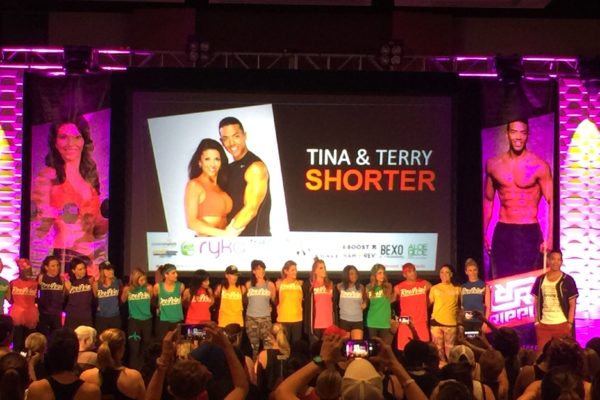 Get All the Details of our (Unofficial) R.I.P.P.E.D. Reunion at California MANIA® 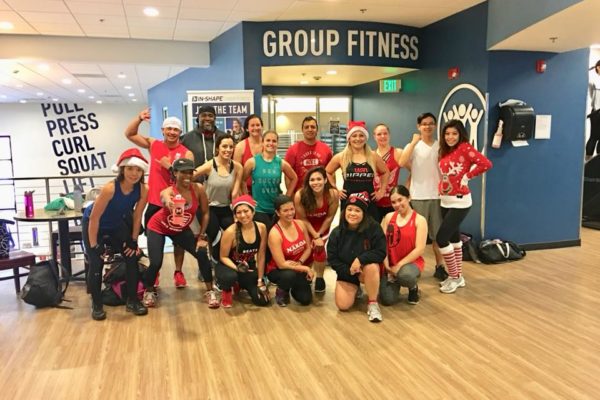